ABSTRACT — Hollow trees, dead wood and associated structures like rotholes have become rare, and with them specialized saproxylic beetles. Remaining habitat trees are often isolated. Thus, many beetle populations are at the verge of extinction.
We developed a method to create future rotholes by cutting hollows into beech trees. Newly created hollows attract saproxylic beetles significantly, and some species already colonize it successfully in the first year. In the second year, diversity rises considerably. Tree hollow succession over six years results in continuous callusing and closing of the hollows and in an increase of wood boring beetles and fungal infestation. We expect the artificial inductions of rotholes to become more and more valuable for diversity along time axis. Further investigations are in progress.

INTRODUCTION & METHODS — Natural tree hollows develop and mature slowly. Living hollow trees are rare in managed European forest landscapes nowadays (e.g. Mc Lean & Speight 1993), although they represent a huge variety of ecological niches in space and time and harbor specialized invertebrate species from all major taxa, especially Coleoptera (e.g. Müller 2005). Creating artificial habitat sites is one method of species conservation.
New appropriate natural sites do not develop within a time period that can stop recent losses in specialized saproxylic Coleoptera species.
Thus, in 2009 we started a project inducing artificial tree hollows in 48 beech trees (Fagus sylvatica L.) on six plots in one forest matrix in the Northern Steigerwald (Bavaria, Germany), monitoring beetle colonization and wood rot succession. We decided upon a low-cost method that is easy to implement and replicate in a standardized way. We tested four different types of construction and a control (zero) (see Fig. 1). Focus was (a) to see whether construction types develop differently in long-term view and (b) to evaluate the attraction for and colonization of saproxylic beetles along successional time. 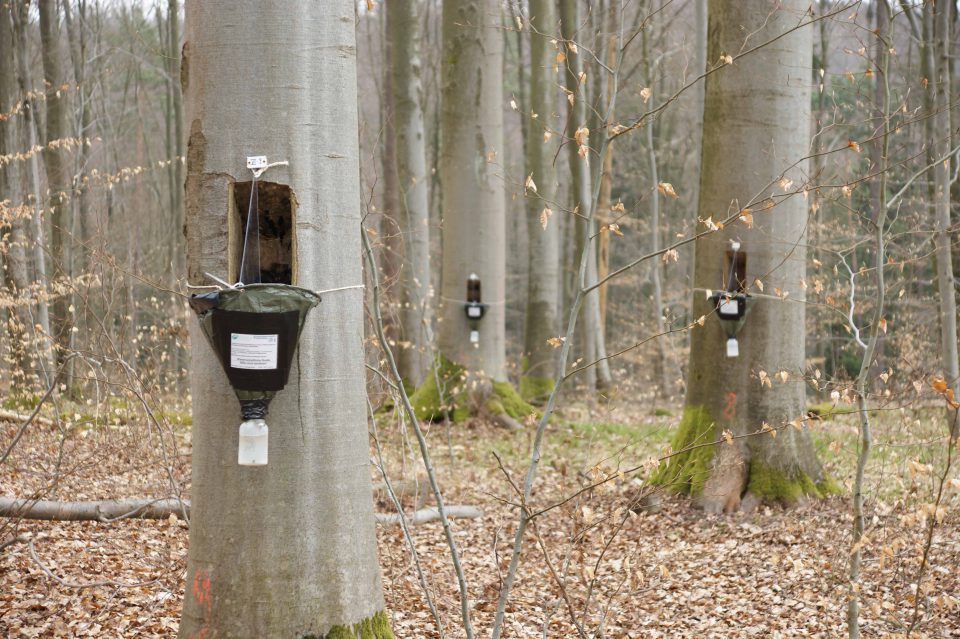 Fig. 1 Diversity differed significantly between the types of construction

All four different types of construction (see Fig. 1) had significant more beetles than control (zero), but there were no significant differences in diversity between construction types (see Fig. 2) . We could not prove an effect of the amount of dead wood on the plots, beetles are attracted from the whole forest matrix, presumably, and by volatiles caused by the tree hollow induction.
Time is a key element in tree hollow development and saproxylic beetle colonisation. Average species number rose significantly from five species in 2009 to seven species in 2010 per tree hollow (Fig. 2). New sampling is scheduled for 2016. The development of the tree hollows from 2009 to 2015 shows a considerable increase in beetle emergence holes and in fungi infestation. 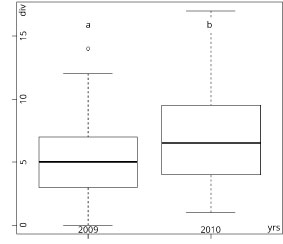 The hollows are increasingly closing by callusing (Fig. 3), which will result in an „internal“ microclimate and a typical rothole milieu inside with darkness, higher humidity, stable temperature and an accumulation of woody debris. Seven years after induction, the artificial hollows resemble more and more natural hollows.

Find the Poster to this topic for Saproxylic 2016 Gent, Belgium.